Using Strength Based Approach In Sports & Performance – A Client Study 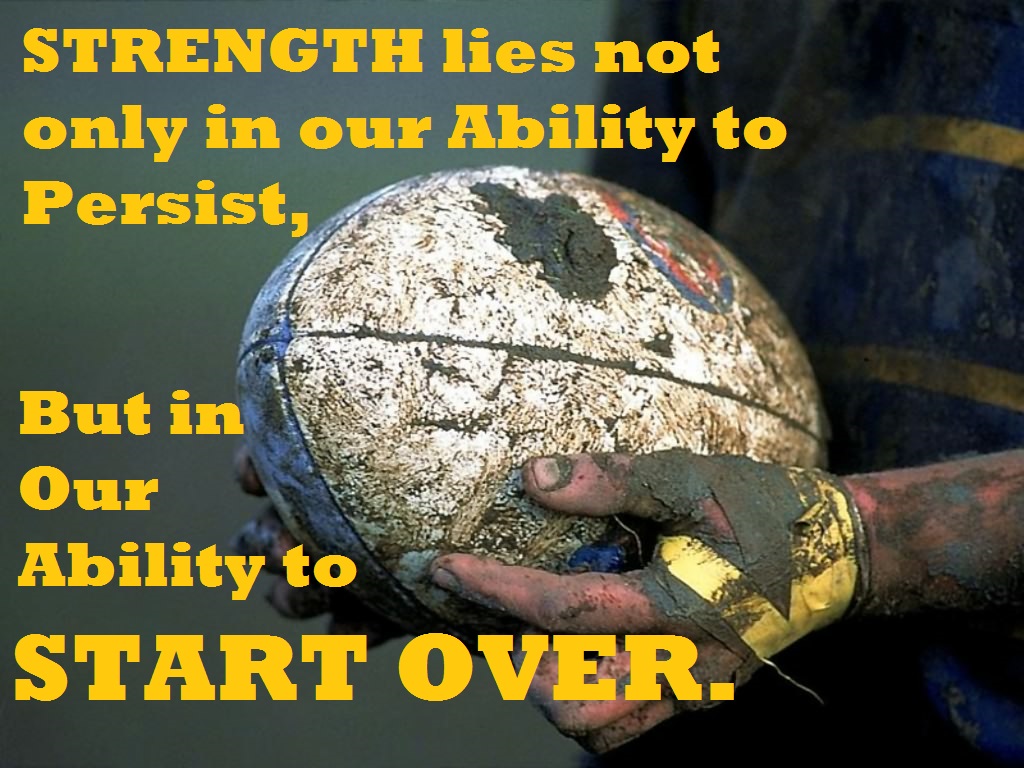 You have power over your mind – not outside events. Realize this, and you will find strength.

As a Performance Coach working with individuals, teams and organisations, I have found that working with clients from a strengths based perspective is the best starting point for growth. This has been a fundamental principle in sport psychology for some time. It teaches people to positively adapt the everyday mental and behavioral things they do naturally in order to help them live more productive and fulfilling lives.

We all have mental muscle and abilities such as goal setting, event simulation, and internal dialogue. In performance coaching, these basic skills can be fine tuned to produce higher levels of achievement.  For example, internal dialogue can be transformed into positive self-talk. Bigger goals can be broken into manageable building blocks that enable performers to measure their progress and sustain focus and motivation.  Athletes can learn productive forms of event simulation to picture themselves successfully performing at higher levels under pressure. Students can conquer a self-defeating mindset through reflecting productively about effort, improvement and self-belief. Sports teams can move past a disappointing season by setting high performance and personal growth goals that encourage them to train even harder for the next season.

This positive approach has the accumulating advantage of converting anxiety and stress that arises from the ‘pressure to prove’, into a mindset and mental toughness based on an ‘opportunity to improve’ and the ‘excitement to be at one’s best’. Developing these mental muscles skills enhance performance in multiple arenas, including business, athletic competition, and academics. This focus on transformation and challenge is why I incorporate a strengths based approach into my work with all clients.

I use the VIA Character Strengths, which have a solid basis in scientific research and map onto different aspects of our personalities.  Focusing on their development is a highly effective way to help people improve with the tools they already have.

The strengths based perspective also allows me to move past the destructive focus on weaknesses and ‘need to avoid failure’. Instead, the strengths approach enables me to spot where clients are overusing or underusing particular Character Strengths and recommend proven interventions and actions. This creates a ‘need to achieve’ focus on desired outcomes.

Learning positive interventions and deliberate actions that increase performance are often achieved through identification of positive events that can be connected to specific strengths, focusing on what went well, and exercises in gratitude.  With individual clients, the focus is usually on their signature strengths. In groups, learning to spot strengths in themselves and others bolsters team bonds as members learn to appreciate each other’s positive characteristics and contributions. This in turn also strengthens group spirit and achievement goals.

An alarming injury list alone was evidence that all was not moving in a positive direction.

In work earlier this year with a senior college level rugby squad, character strengths training became an important component in our collaboration. The squad was in the critical preparation stages of their cup campaign. However they were operating under the shadow of having ‘been there but not quite done that,’ in their previous campaign. The squad was feeling external pressures of expectation and the inner pressure of self-doubt. This was coupled with anxiety, uncertainty and low spirits. An alarming injury list alone was evidence that all was not moving in a positive direction. This was a clear situation where Character Strengths training was necessary to cultivate a fresh mentality, team cohesion and a positive transition to a concrete commitment to common goals.

…we started a process that they still talk about and still raises the ‘goose-pimples’ when recalled.

At the beginning of our work, players completed the VIA Strengths Survey. They were then asked to think of times when they used their strengths during games and practice. When they became familiar with their own strengths, we started a process that they still talk about and still raises the ‘goose-pimples’ when recalled. In this intervention, the team shared and recognised each other’s strengths and values.  Players were also encouraged to share other notable observations of each other.

This activity had a profound and meaningful impact. It rapidly raised the players’ confidence in themselves and in their team. By collectively learning to understand the use of strengths within their team, the players became aware of the value of promoting specific use of certain strengths. The use of strengths contributed to the team’s cohesion and determination while providing new approach for constructive and encouraging communication.

A quick win was when the double figure injury list reduced to just one. This individual attended every session despite long-term injury. The greater gain was the building of a true united spirit. This was evidenced by an unbreakable bond in the squad which super-glued them to their common cause.

After several weeks, strong leadership emerged with the chosen team captain demonstrating athletic skill and talent, the mindset necessary for performance success, and the ability to serve as a role model. This was contagious and inspired the entire squad.

While the team did not win the finals that year, their incredible spirit and rapid progress in performance did not pass unnoticed, They befittingly won the remarkable title of Team of the Year. Their new mindset proved to serve them well off the field with successful academic performances later that year. Today, their reputations as contributors to interprovincial and international squads continue to grow. These young men are worthy of being reckoned with and we have not heard the last of them. I watch now with humble interest as I firmly believe even better is still to come.

If you are interested in finding out more about our coaching, programmes and workshops, or how Strengths Based Coaching or Training could benefit you, your team or your organisation, we would be happy to help. For more information, contact us here >>